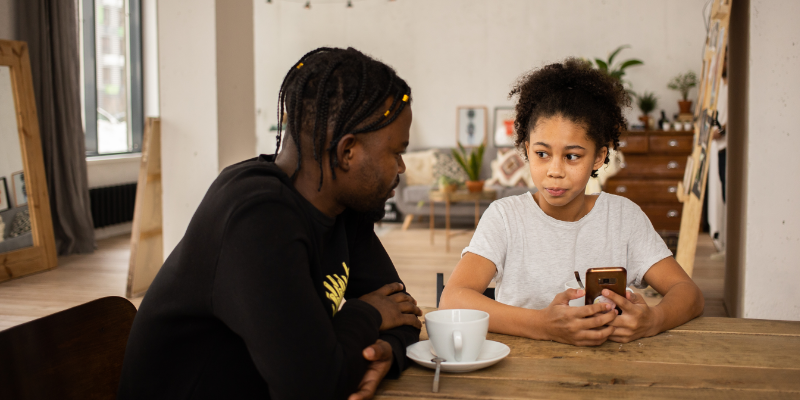 COFACE Families Europe marked International Children’s Day 2021 with a policy and advocacy session on ‘parent-child relationships in the digital era’. In this session, DigiGen researchers Merike Sisask and Olaf Kapella presented findings from Work Package 3 on ‘ICT in family life’ and Better Internet for Kids Youth Ambassadors (BIK Youth) shared their experiences and reflections as children and young people. BIK Youth is a collective of seven young people from across the EU who work together to represent themselves and their peers at the European level. They advocate to policy makers and industry to work towards an internet that protects and promotes children’s rights.

This blog is authored by BIK Youth Panellist Yevgeny, 15, from Malta, who took part in the COFACE policy and advocacy session.

During this meeting, we discussed the relationship between parents and their children in the digital era. The BIK Youth Ambassadors formed part of the panel as representatives of children and young people. We were asked to give first hand experiences on this new lifestyle which has been brought by the digital era and how technology has influenced family dynamics. Apart from the Ambassadors, there were also researchers from DigiGen who showed us their findings about digital technologies within European families. They found how many children are digitally deprived on Europe with the average being that of 5.3%. It was also discussed whether we, as teenagers who have grown up in a digital world and which is constantly developing, think that video games make children more aggressive. We also discussed how families can use digital technology as a way to get the family together, however, the researchers pointed out from the studies that they have conducted, that some children may still prefer normal games as opposed to digital games.

The researchers also found that children may play games to have fun, kill time and also to play with friends. It was argued that children should play more outdoor games but it was pointed out that due to cars taking over the streets and public green spaces being used for buildings, children may turn to video-games to play with each other. Hence, children are becoming more active in a sedentary environment and very often leading a more individualistic way of life.

The researchers also found that some parents enforce rules. We, as the BIK Youth Ambassadors said that these rules may be useful but the children are rarely consulted on how these rules should be done and on what terms.

This was a great experience to learn about how technology is affecting relationships, both negatively and positively. We also got a chance to see how families from across Europe react to digital technology and see what can be improved and what are the elements which are good and which can be built upon.