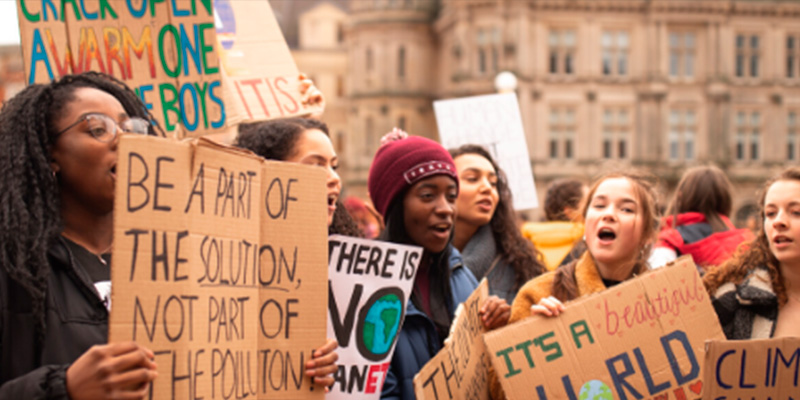 By Athina Karatzogianni, principal investigator at DigiGen and director at CAMEo – Research Institute for Cultural and Media Economies, University of Leicester

As part of the H2020 ‘DigiGen: The impact of technological transformations on the digital generation’, three teams from Estonia, Greece and the United Kingdom are researching ‘ICT and transformations of civic participation’, focusing on adolescents between the ages of 16-18 years of age.

We investigate the context within which the political behaviour of young people is manifested online and assess the extent to which it affects offline political practices.  Within the context of this comparative study, political engagement is defined broadly – encompassing both, grassroots mobilization, activism and participation in institutionalized politics as well as new participatory repertoires.

We employ a triangulated methodology, using the following research techniques:

1. netnography with multimodal critical discourse analysis of youth narratives, images, including videos, with an emphasis on the role of young people in producing online content; online interviews with young people as users in the UK, Greece and Estonia.

2. digital storytelling workshops with young people involved in the co-production of online political discourse, in order to identify how they are affected by the online environment of their choice; key strands in youth ideological online production; to inform on the motivations, causes and means that young people find appropriate and meaningful for what they perceive as civic participation.

The intense protest activity of recent years force scholars considering the use of digital technologies, and the latter as widely as possible defined, to look at broader trends and patterns, rather than focusing on events in each country separately, or the use of specific platforms by a single movement, and to conduct research within the constant transformation of digital activism beyond its symbolic and mobilisational qualities.

In our view these patterns show key issues emerging and resurfacing with every instance of protest technologies and media revolutions across the globe: the securitization of digital networks and the crackdown on dissent by authoritarian regimes, as well as by so called liberal democratic states; the effect of digital activists’ dependence on commercial platforms and the broader importance of this dependence; how to effectively measure digital media’s impact on ideology, identity, privacy, organization, mobilization, leadership emergence, and coordination of digital activist communities; the problem of ideology and consensus in the global public sphere in defining whether protest events are legitimate.

Other problems that are common in this area of study regarding the effect of these technologies on protests and revolutions are: whether digital networks are an alternative means of inclusion in democratic society or means to achieve democratization; under what conditions they are responsible for the amplification of an event; whether online participation indicates the intention to participate offline; and the quality of political engagement and the formation of collective identity in movements emerging on social media platforms, other than the indirect impact on citizen self-expression.

Here the interest lies on whether these technologies can have an impact on long term sustained political participation. Although there is intense protest activity across the globe, the various challenges remain in terms of filter bubbles, echo chamber effects, disinformation, digital divide, and state strategies (surveillance, censorship, internet shutdowns, police violence) in terminating movements. Research in this field has to tackle these issues more both in time, that is in longer historical duration, but also in geographical space: with greater comparative studies across countries and continents.

For the comparison of the three European countries, Estonia, Greece and the UK, that DigiGen concerns itself with, we have identified the following areas of interest

Lastly, our study considers the impact of the current global pandemic on online political participation, and the chilling effect state securitisation via health safety measures and tracing applications, shall have on how online participation affects offline political behaviour in terms of protest or other collective civic participation activities.

This website uses cookies to improve your experience while you navigate through the website. Out of these, the cookies that are categorized as necessary are stored on your browser as they are essential for the working of basic functionalities of the website. We also use third-party cookies that help us analyze and understand how you use this website. These cookies will be stored in your browser only with your consent. You also have the option to opt-out of these cookies. But opting out of some of these cookies may affect your browsing experience.
Necessary Always Enabled

Any cookies that may not be particularly necessary for the website to function and is used specifically to collect user personal data via analytics, ads, other embedded contents are termed as non-necessary cookies. It is mandatory to procure user consent prior to running these cookies on your website.