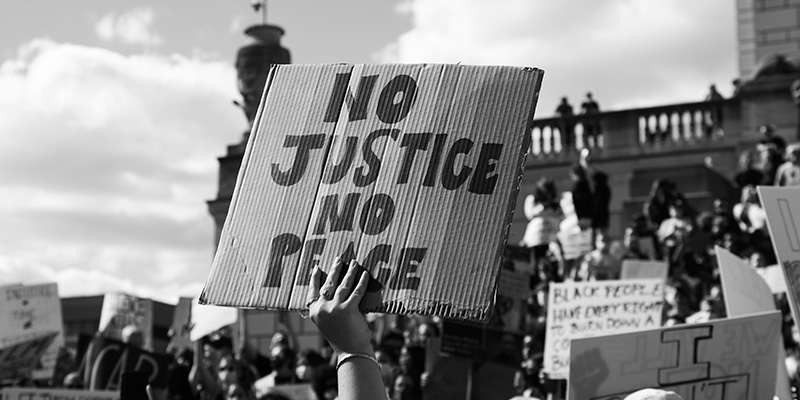 Digital transformations have undoubtedly had a strong impact on civic participation and on the ways in which active digital citizenship is conceived, perceived and experienced. DigiGen has identified six primary case studies across three countries, the UK, Estonia and Greece, to further our understanding of young people’s online and hybrid political behaviour. The focus of each case study is on the participation of young people in movements addressing racial, social, and environmental injustice and their intersection.

In Greece, the case studies focus primarily on anti-racism and anti-sexism. Anti-racism covers a range of mobilisations in Greece, for example related to refugees, anti-fascism, and Black Lives Matter. Gender matters and mobilises young people, particularly around emerging issues such as gender-based violence, homophobia, as well as intersectional mobilisation, for example part of the Black Lives Matters manifestations in Greece were held during the Athens pride.

In Estonia, the two identified case studies are the Estonian equivalent of the #metoo movement and Black Lives Matter. The Tallinn University team has started initial fieldwork and interviews on both case studies.

One of the main research techniques used by the three research teams is Netnography (Kozinets, 2009). Netnography involves adapting ethnographic techniques to digital environments, focusing on political discourse and practice in digital networks used by young people, as well as more youth-specific blogs, websites of youth organisations, and social media networks, with particular emphasis on how socio-economic, gender and political culture-related factors influence the ICT use by young people. It also includes online interviews with young people on their civic participation.

Among the next steps for the DigiGen research in this field is to assess how active upper high-school students (16-18 years old) are in these movements and which media platforms are used by young people for these purposes.